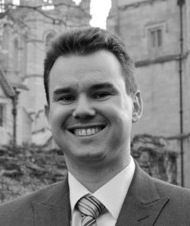 Professor Constantin Coussios was appointed to the first statutory professorship in biomedical engineering at the University of Oxford in 2011, with special responsibility for Drug Delivery and Therapeutic Devices. A video summarizing his team's pre-clinical and clinical research in drug delivery is available here.

Between 2007-2013, under an EPSRC Challenging Engineering award, he led a research team that demonstrated the ability of ultrasonically driven bubbles (cavitation) to overcome intratumoural pressure (2010)  and enhance the delivery, extravasation and penetration of macromolecular drugs into tumours, first in vitro  (2011, 2012) and then in vivo (JCR 2013, J. Nat. Canc. Inst. 2013).

A key finding of this research was that bubbles driven in a sustained inertial cavitation regime are able to actively transport and enhance the distribution of macromolecular therapeutics, particularly oncolytic viruses, to more than 100 microns from the nearest blood vessel. In this regime, it also becomes possible to monitor the drug delivery process in real time by mapping the acoustic emissions arising from inertial cavitation activity. A more recent finding, recognized by the Jorge Heller Outstanding paper award, is that increasing the density of nanomedicines further enhances their delivery and penetration during cavitation-enhanced delivery. 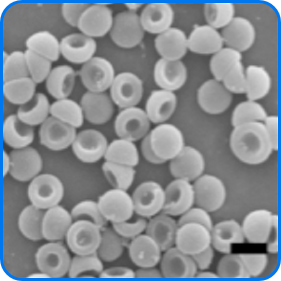 However, currently available microbubbles suffer from very rapid blood clearance and are immediately destroyed in an inertial cavitation regime. Under support from the Wellcome Trust and EPSRC Medical Engineering initiative, Prof. Coussios led a research team that developed a new class of gas-stabilizing sub-micron particle (2011) capable of prolonged circulation and sustained inertial cavitation behaviour. Known in their latest iteration as sub-micron cups or nanocups (2015), these particles have been recently shown to enable enhanced delivery of therapeutic antibodies and oncolytic viruses (2015).

Building on over ten years of pre-clinical and clinical research in the mechanical and thermal effects of therapeutic ultrasound, Prof. Coussios also led the research team that obtained ethics approval for a first-in-man clinical trial of ultrasound-enhanced drug delivery for cancer. Under the clinical leadership of Prof. Mark Middleton (oncology) and Prof. Fergus Gleeson (radiology), the TarDox trial is currently ongoing and due to report in late 2017.

Professor Coussios holds BA, MEng and PhD degrees in Engineering from the University of Cambridge. Following post-doctoral fellowships at the University of Cincinnati and at Boston University, he came to Oxford in 2004, where he founded the Biomedical Ultrasonics, Biotherapy and Biopharmaceuticals Laboratory (BUBBL). Today, the laboratory is home to 4 tenured faculty and some 45 researchers working on non-invasive therapy and drug delivery.

Professor Coussios is the author of over 100 peer-reviewed publications and 16 patents in the areas of acoustic cavitation (bubbles), therapeutic ultrasound, drug delivery, nanotechnology and organ preservation. He received the UK’s Institute of Acoustics’ Young Person’s Award for Innovation in Acoustical Engineering in 2007, served as a board member and as Secretary-General of the International Society for Therapeutic Ultrasound between 2006-2010 and was honoured with the Society’s Fred Lizzi award in 2012. He was elected as the youngest ever Fellow of the Acoustical Society of America in 2009, and received the Society’s Bruce Lindsay award in 2012. In 2017, he was awarded a Silver Medal by the Royal Academy of Engineering (RAEng).

In 2008, he co-founded Oxford University spin-out OrganOx Ltd. with Prof. Peter Friend, which has developed a novel normothermic perfusion device for improved organ preservation prior to transplantation through to first-in-man trials, CE marking and early clinical adoption. In 2014, he was, alongside Prof. Bob Carlisle and Dr Christian Coviello, the lead academic founder of OxSonics Ltd., a spin-out from the University of Oxford created to bring the benefits of cavitation-enhanced oncological drug delivery to patients.